Funny thing competition when you think about it. When a cluster of chemicals developed the ability to make copies of itself 3 or 4 billion years ago, it was competition that turned it into a creature capable of inventing the digital camera, taking a photo with it, and sticking it up in front of a judge to find out if it’s any good.

For me, club competitions are a mixed blessing. On the plus side, they do provide a strong incentive to take pictures, to get them seen by other people, to improve my photography, and to get feedback from people with some expertise. On the negative side, the pictures may be seen only once, by one judge. And I have to sit in silence while he pulls it to bits and may not even ‘get’ the picture. Try pushing the envelope a little and you risk getting a low score for not meeting what the judges expect to see in a camera club competition – not in the genre you might say.

So if you were disappointed with how a picture fared originally, this opportunity to get a second opinion was a chance not to miss. Particularly as we were encouraged to unbutton our lips for once and confer with the judge.

An unusual challenge for a judge that might well have taken some out of their comfort zone, but James Godber from Reigate Photographic Society embraced the task with energy and enthusiasm.

He began by saying that the score awarded has to be taken in the context of the competition i.e. the other pictures it is up against and the type of competition. Entries in SPA and PGAB competitions for example are marked in about 10 seconds by a group of judges, so initial impact matters. Pictures that are slow-burners may do better in competitions where the judge has time to comment on and think about it. Having said that, he did give an indication of the range of marks in which he would have awarded each picture if presented to him in a club type competition.

Plenty of images were submitted in both Levels, so there was only time to consider about half of them in detail with member feedback. However, James did look at all the pictures on a lightbox and commented on what he thought of each one. Some members had to agree that his criticisms and marking were pretty consisted with those of the original judge. But there were many notable exceptions and quite clearly, a detail that one judge might be seriously critical over might simply not be noticed or concerning for another.

James did offer us some advice on how to give our pictures more impact (sorry, I forget who he attributed this to) – High, Low, Close, Clean.

High and Low refers to where your horizon is. Most photos are taken at head height. Add interest by taking from a higher or lower camera position. Check out 05 Composing Pictures on the Photography Basics disc where I discuss this in more detail with examples.

Close means get in close. This concentrates attention on your main subject to get your message across. Clean similarly concentrates on your subject by minimising non-essential clutter by healing out distractions or putting background out-of-focus.

Mark came up with the idea of running an evening like this after Dave S had pointed out the big differences in scores on his own pictures put before different judges. So it was an experiment. I found the evening entertaining, instructive and engaging, so I rate it a resounding success that I hope will be repeated in the future.

At the end of the evening, our Chairman expressed a hope that we need never, ever have to look at this one… 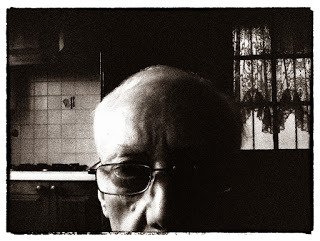